http://www.latimes.com/entertainment/news/music/la-et-bio-mjackson-pg,0,5807849.photogallery?track=icymi
Posted by Unknown at 7:53 AM No comments: 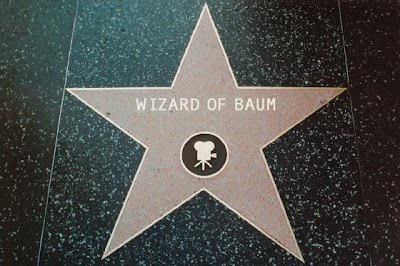 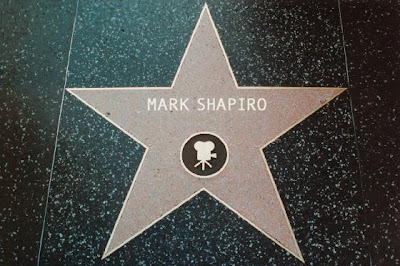 Posted by Unknown at 8:56 PM No comments:


"So many profess to know how to build and market websites, this service actually achieves it at an affordable rate. Very professional- thank you".
Dr.Hausen www.fusecoat.com 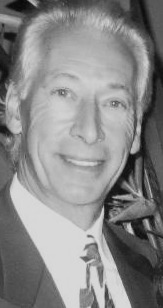 James Gould, President of Web Traffic Community, has extensive experience in both online and offline marketing. Originally from the UK, James a former Marketing Director with Rockwell International consumer products, has forged relationships with national and international corporations, medium and small businesses.

Formerly a soccer player, James is well known in Huntington Beach Orange County for his involvement in the soccer community and his passion is helping youngsters grow and learn the game. When he is not helping companies grow their businesses he can be found running private training clinics and soccer camps.

"James provides a great service, if anything he went way and above to get my project completed despite a whole bunch of delays from my people I recommend him highly". Gerald Whelan www.design2manufacture.com


" Professional, very fair and does a good job". Dr. Hausen www.fusecoat.com
Today more than ever the internet is a confusing minefield of marketing choices and information overload. For those with little experience or knowledge it can be daunting and costly. Web Traffic Community breaks it all down into straight forward no nonsense strategies, and provide simple tools that make the whole process of building an online presence manageable.

http://www.foxnews.com/slideshow/scitech/2011/07/13/natures-giants-worlds-biggest-animals/#slide=1
Posted by Unknown at 8:37 AM No comments:

Ways to get us

Solegion is also in the midst of another voting contest, at www.ourstage.com.
The site holds a monthly faceoff in a wide variety of music genres, and Solegion has been battling against other bands in the metal category.
When someone logs on to the Web site, two bands are listed, and the person is asked to select between the two after listening to a song by each.
Right now, Solegion is topping the metal chart at No. 1 in the U.S. and No. 1 in the "everywhere" rankings.

http://latimesblogs.latimes.com/nationnow/2011/08/elvis-presley.html
Posted by Unknown at 7:06 PM No comments:

6. the dark of yesterday

PHANTOM REPULIC
Posted by Unknown at 5:06 PM No comments:

http://www.latimes.com/features/image/la-ig-first-los-angeles-mustache-competition-pictures,0,2068692.photogallery
Posted by Unknown at 12:23 PM No comments:

.
The Carpenter
Once upon a time, two brothers who lived on adjoining farms fell into conflict. It was the first serious rift in 40 years of farming side-by-side, sharing machinery and trading labor and goods as needed without a hitch.

Then the long collaboration fell apart. It began with a small misunderstanding and it grew into a major difference and finally, it exploded into an exchange of bitter words followed by weeks of silence.

One morning there was a knock on John's door. He opened it to find a man with a carpenter's toolbox. "I 'm looking for a few days' work," he said. "Perhaps you would have a few small jobs here and there I could help with? Could I help you?"

"Yes," said the older brother. "I do have a job for you. Look across the creek at that farm. That's my neighbor. In fact, it's my younger brother! Last week there was a meadow between us. He recently took his bulldozer to the river levee and now there is a creek between us Well, he may have done this to spite me, but I'll do him one better. See that pile of lumber by the barn? I want you to build me a fence an 8-foot fence -- so I won't need to see his place or his face anymore."

The carpenter said, "I think I understand the situation. Show me the nails and the post-hole digger and I'll be able to do a job that pleases you."

The older brother had to go to town, so he helped the carpenter get the materials ready and then he was off for the day. The carpenter worked hard all that day -- measuring, sawing and nailing. About sunset when the farmer returned, the carpenter had just finished his job.
The farmer's eyes opened wide, his jaw dropped. There was no fence there at all.
It was a bridge! A bridge that stretched from one side of the creek to the other! A fine piece of work, handrails and all! And the neighbor, his younger brother, was coming toward them, his hand outstretched.

"You are quite a fellow to build this bridge after all I've said and done."

The two brothers stood at each end of the bridge, and then they met in middle, taking each other's hand. They turned to see the carpenter hoist his toolbox onto his shoulder.

"No, wait! Stay a few days. I've a lot of other projects for you," said the older brother.
"I'd love to stay on," the carpenter said, "but I have many more bridges to build."
Remember This....
God won't ask what kind of car you drove, but He'll ask how many people you helped get where they needed to go.

God won't ask the square footage of your house, but He'll ask how many people you welcomed into your home.

God won't ask about the clothes you had in your closet, but He'll ask how many you helped to clothe.

God won't ask in what neighborhood you lived, but He'll ask how you treated your neighbors.

God won't ask why it took you so long to seek Salvation, but He'll lovingly take you to your mansion in Heaven, and not to the gates of hell.


Founded in 1996 by Nicholas Da Silva and based in San Francisco, CA, ZOOLOOK is a new media agency and publishing house that develops intellectual properties that promote a multicultural experience. Tink Diffran Mon!

http://connect.in.com/elvis-presley-death-pictures/images-2.html
Posted by Unknown at 5:21 PM No comments:

http://latimesblogs.latimes.com/lanow/2011/08/newport-beach-balboa-carousel-ebay.html
Posted by Unknown at 11:03 AM No comments:

RISE OF THE PLANET OF THE APES TRAILER

http://www.youtube.com/watch?v=T3tidwW1gGM&feature=related
Posted by Unknown at 10:37 AM No comments:

73 greatest homeruns of all time

http://bleacherreport.com/articles/785376-mlb-power-rankings-the-73-greatest-home-runs-of-all-time
Posted by Unknown at 8:05 AM No comments:

http://www.buzzle.com/articles/worlds-best-selling-books-of-all-times.html
Posted by Unknown at 11:19 AM No comments:

http://realestate.aol.com/blog/gallery/surreal-estate-weird-wonderful-homes/
Posted by Unknown at 7:00 PM No comments: