HOW TO IDENTIFY FIRST EDITION AND FIRST STATES AND MEANINGS 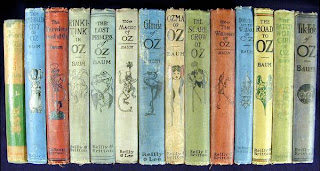 FIRST EDITIONS: WHAT ARE THEY AND WHY COLLECT THEM? SOME BASICS.

What is a First Edition?

A first edition is the first published separate edition of a story, novel, poem, or any work of nonfiction in its earliest version.


What Is A First Issue or State?

Sometimes an error is discovered while a book is being printed, or a change is made to the text or dust-jacket. The printing process is then stopped, the error corrected, and the printing is resumed until the specified order to the printer is filled. The earliest copies without the change are then called the "first issue" or "first state", while the corrected copies are called the "second issue" or "corrected issue". Both issues are part of the first printing of the first edition.

What Is A First Printing?

How Do You Identify A First Edition? (Ask us - we'll answer your questions)

A few publishers actually state "First Edition" or "First Printing" right on the copyright page (Knopf, Random House, Norton, St. Martin's Press). If only it were always that simple!

Most publishers just give the copyright date or use number sequences, generally ascending or descending number rows, such as 12345678910 or 10987654321. A typical example of this is Houghton Mifflin, which generally now has 10987654321 on the copyright page. For the second printing, the "1" will be dropped, for the third, the "2". A fourth printing will have "10987654". As of the second printing, Houghton Mifflin also drops the year from the bottom of the title page (not all publishers do this, but Houghton Mifflin is especially known for this practice).

Some publishers also use odd-even ascending and decending rows, such as 135798642 and 246897531. Some publishers have nothing but the date. Some use unique systems, and many have changed their systems over time. Random House uses the following system: They have the number row 98765432 and the words "First edition". Their system is unusual in that it doesn't use a "1": it's almost as though the "1" were replaced by the words "First edition", because when the words "first edition" are lacking, it's a second printing. Lately, Random House has been using the ascending-descending system a lot, such as "24689753". It still needs to state "First edition", however, - and, if those 2 words are missing, it's not a first printing.

We welcome questions about particular books you may have, and will answer them as soon as we can