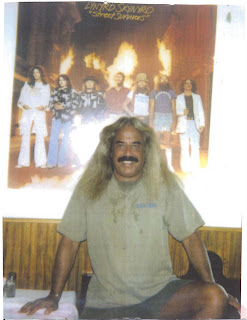 Sponsored linksThe Collectors
Get Decor, Furniture & More. Buy The Collectors Fast!
www.Calibex.com/Home-and-Garden
the collector
Find, compare and buy products from thousands of trusted retailers.
www.shopping.com
Collector
Looking for Collector? Find It Locally.
purelocal.com/collector
Mark Shapiro of Huntington Beach, California is one of the worlds largest collectors of L. Frank Baum memorabilia including over 330 first edition and first state books. First state books are extremely rare for they are the first books off the press during a first edition press run and they are hard to find. A first state book is one that has mistakes before the printer notices them and then makes the changes thus making a first edition a second state.

The Wonderful Wizard of Oz, written in 1899, is on abebooks.com and bookfinder.com and is priced at $100,000 thus being one of the most valued books. L Frank Baum, the author, is acknowledged as one of Americas best children book authors having written well over 75 books , of which a total of 14 was written for the Oz series alone. Baum, born in 1856, didn't write the book until in his forties and he died in 1919 and is buried in forest lawn, glendale, California.

Shapiros collection has been featured in orange county reigster newspaper and thorughout the country and also his collection has been featured at Freemans Auction House in philadelphia and also in PBA galleries in San Francisco, two prestigious auction houses. He also has been a featured speaker to various groups and recently was the featured speaker on Oz materials at the 2007 College of Appraisers Collectors Conference IV, held in Los Angeles. There is countless wizard of oz clubs throughout America and the world and they meet regularly at various locations yearly.

Shapiros first find was at a flea market where he found a Wonderful Wizard of Oz book, first edtition, second state for fifty cents. The book now is worth over $35,000 being a second state.

His collection has also been featured in the Orange County Home Magazine which is the largest in the area with a paid circulation of over 85,000.

Various universities do have L. Frank Baum collections but none as extensive as Shapiros. www.gazette.com/display.php?id=1328243


This article is copied from an article on Wikipedia® - the free encyclopedia created and edited by online user community. The text was not checked or edited by anyone on our staff. Although the vast majority of the Wikipedia® encyclopedia articles provide accurate and timely information please do not assume the accuracy of any particular article. This article is distributed under the terms of GNU Free Documentation License.

Book Chase
The problem is I want to read it all but I fall farther behind every day.


My introduction into the world of the Wonderful Wizard of Oz and L. Frank Baum began at the Long Beach swap meet in Long Beach, California when I came across a young couple selling artifacts they had found in their grandfather’s attic.

I had never seen the Wonderful Wizard of Oz book, nor knew of L. Frank Baum despite having a Masters in Journalism and having been a teacher up to that point. I walked by the book and then it struck me to go back to ask how much the book was going for. The young man said one dollar and, this being a swap meet where bartering is common, I said I would take it for fifty cents. A deal was struck.

Four months later as I was going to visit my wife’s parents in Spokane, Washington, I saw in the airplane magazine an article on L. Frank Baum and the Wonderful Wizard of Oz. The article stated that the book was worth $10,000 and, to my astonishment,a it was like having the spirit of L. Frank Baum invade my soul.

From that point on, I dedicated my life to researching and finding anything Baum. Like all collectors, I made many mistakes in purchasing books I thought were first edition and first state until i purchased the Bibliographia Oziana by Greene,Hanff,Martin,Haff and Greene. I then spent six months digesting this information which has led me to accumulate over 450 L. Frank Baum and William Denslow books (Denslow being the illustrator on the Wonderful Wizard of Oz). I have spent the past 38 years coming across the books and other items related to Oziana through swap meets, eBay, auctions and private parties.

The Wonderful Wizard of Oz, Chicago and New York: Geo.M.Hill Co, 1900, 261 pages, had an initial printing of only 10,000 copies of which approximately a third were first state and, of those, approximately 2,000 were in the B binding. On the book’s spine, the first state, and rarest of this book, has the “O” outside the “C” to spell the abreviation “co” following Geo. M. Hill - whereas the second state binding has the “O” inside the larger letter “C.”

14 of the more than 450 books in Mark's collection
Lyman Frank Baum (15 May 1856 - 6 May 1919) was an American author of children's books best known for writing The Wonderful Wizard of Oz. He wrote thirteen novel sequels, nine other fantasy novels, and a host of other works (55 novels in total, plus four "lost" novels, 82 short stories, over 200 poems, and an unknown number of scripts, and many miscellaneous writings.) The highest priced Wonderful Wizard of Oz in second state, and second state binding, with an inscription by Baum went for $152,500 at Christies Auction House in 2002.


I have never sold any of his books, for they are the children I never had. The Smithsonian Library in Washington is interested in housing my collection for posterity one day.

Freda and Mark Shapiro
Having been written up in various magazines and newspapers throughout the country and in dedicating my blog, WizardofBaum, to everything Oz and beyond, I feel the spirit of L. Frank Baum in me to help keep him alive in an ever changing world. I have been a guest speaker at many conventions and it gives me inner warmth to share not only the world of L. Frank Baum but also the overall wonderment of books in general. My dear departed mom, Freda Shapiro , molded me into the collector I am by taking me to museums, book stores and libraries throughout my childhood.


(Thanks again, Mark, for sharing your collection with Book Chase readers.)
Posted by Sam Sattler at 7:40 PM 0 comments Links to