WIZARD OF OZ WILL BE 3-D 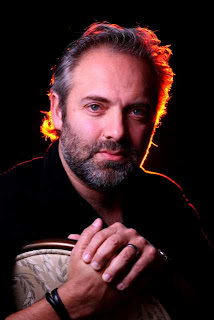 Sam Mendes, who sits atop the short list of director candidates, is set to fly in from London in the next few weeks to meet with studio chief Rich Ross and other Disney executives. As we wrote yesterday, Mendes has time on his hands now that James Bond 23 is on the skids (and is undoubtedly looking for a big commercial film anyway, as directors coming off underperformers are wont to do).

The director will offer his take to studio executives, and while Mendes' movies have generally skewed darker, this take on Oz, about the Wizard before he became thus, is a complex character. And Tim Burton also skewed dark before he hooked up with Disney and "Great Powerful" producer Joe Roth on "Alice in Wonderland," and that didn't seem to ding the film one bit. (Mendes also apparently has an academic background in Lewis Carroll and other things children's-fantasy.)

Robert Downey Jr., as we mentioned yesterday, is one of the actors being considered, but a number of dominoes would yet have to fall for that to happen, including, perhaps most trickily, some navigation of his already-packed schedule.

The project is aiming to shoot in 3-D, with the idea that plenty of Oz set-pieces could benefit from the z-axis treatment, just as they did in "Alice." As for timing, Mitchell Kapner's script is considered to be in pretty good shape, and Disney is said to really like the idea, so if everything snaps into place we could see the Wizard back on the big screen by as early as 2012. In the race to get a new Oz project going, Disney could wind up king of
Posted by Unknown at 7:38 PM