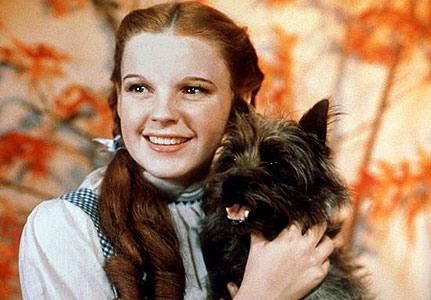 If I say "Toto" you know what that means?

I have written many times before that I grew up in Sherman Oaks. My parents moved from Minneapolis in 1968 to a little two bedroom apartment on Fulton Avenue and Magnolia. Over the 8 years we lived there I never heard a story about Toto, the dog from the Wizard of Oz being buried near where we lived. I can not believe that we sat and watched that movie almost every year not knowing this. It was a huge movie for me growing up. Nothing like that film.

Living in the part of the country where lots of things like the cartoons I watched were being made and not knowing how very close to that we were. I had no clue. I was oblivious. I don't think my Mom or Dad knew either. I'm sitting on the floor on a Saturday morning watching the Flintstones. One of my favorites. It was made in a building on Ventura Blvd right over there by Universal. A little place called Hanna Barbera. My world was Fulton Avenue. I walked to school everyday and back. Rode my bike around the neighborhood. It was a nice place to grow up. I didn't get around much as a kid. I would look at the mountains to the south and wonder what was on the other side.

So this is why I'm taking on this new cause. A co-worker of mine always mentions that she goes home from work and watches Huell Howser. She'll say the next day "Guess where Huell was last night?" Last week she was telling me about a show Huell did on famous pets. She went into telling me about Toto. She said the dog was buried on this Ranch on Riverside Drive and Whittset in the San Fernando Valley. It was called the Carl Spitz Ranch, before they built the Ventura freeway. I did a double take. What?

I went to elementary school at Riverside Drive Elementary on Coldwater and Riverside Drive. That is one light down from Whittset and three lights from my street Fulton. I have never heard this story about Toto....from anyone. How could this be?

I had a few days off this last week and tried to find out more. I went to Findagrave.com and saw a short description of the story and a photo of the parking lot and freeway where it once was. I know this guy Steve Goldstein that wrote this book called LA's Graveside Companion. I looked though the book and there was the photo and the story, all the way in the back. I was stunned. I emailed Steve and he told me more and sent me the link to the video he did with Huell. WOW!

I thought to myself this is like the Jack Norworth thing all over again. One of the most famous dogs in the world was buried near me and then plowed under by some bulldozer? No plaque, no marker? Why? Why has no one done anything about this? This is wrong.

So this weekend I pondered getting a Marker. I thought to myself, do I really want to do this again? Can't hurt to put up another facebook page. So I did it. Steve Goldstein and I are working together. And I'm confident it will get done.

Not sure of the location for the Marker yet, maybe a local pet cemetery. We have a donation tab on the page and almost 100 people. Help us out and let's get this done!

Please come to the page and Click the "Like" button. We need as many people as we can get.


Thanks a lot Mark, keep in touch. I will put a link up to your site. 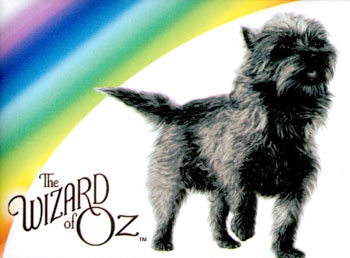