Sam Raimi, the madman genius behind masterpieces such as Evil Dead, and Spiderman, is set to direct the untold prequel to The Wizard of Oz.


Oz: the Great and Powerful, tells the story of the Wizard back before he came to rule in the Emerald City. 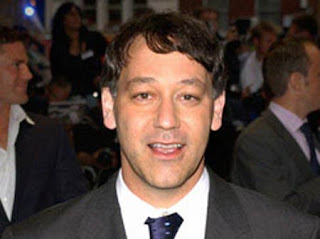 There has been talk for months on who exactly will helm the Oz prequel, with names like Tim Burton, and Terry Gilliam being considered. But Raimi has penned the deal and the production will move ahead with him in the director’s chair.

3D is the new cool thing to do these days and Oz will be no exception. (I hate 3D films)

“Oz, the Great and Powerful will follow the Wizard Of Oz before he became the Wizard Of Oz circa the 1939 iconic film: he’s in fact a circus wrangler transported by tornado to the mysterious world of Oz where he gets mistaken for a know-it-all.”

Robert Downey Jr is in talks to star as the man behind the curtain, but no official word yet. As of today, no other casting choices have been announced.

I do however know of two people who are 90% guaranteed to have roles in the film; Sam’s baby brother Ted Raimi and his best buddy Bruce Campbell.

The film is set to be released in 2013. Does the Oz story still have enough pull to do well at the box-office?
Posted by Unknown at 9:41 AM