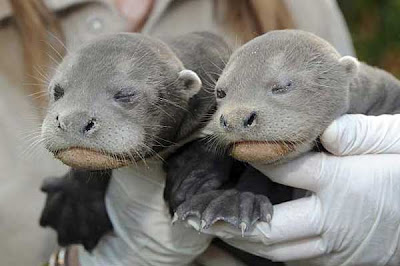 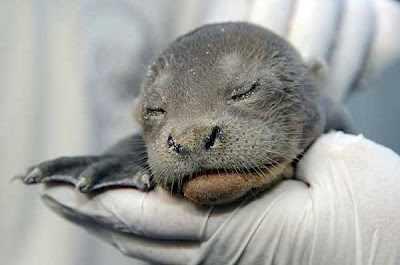 The birth of two giant river otter pups in Florida earlier this year is big news both for their endangered species and the zoo where they were born.

The babies and their parents were kept in seclusion until recently and made a rare appearance last week during a veterinary checkup. (Both pups are reportedly in good health.)

Giant river otters are native to South America, where their population has been adversely impacted by hunting. Though these little guys only weigh about 2 to 3 pounds now. As adults they'll weigh as much as 75 pounds and measure up to 6 feet in length!
Posted by Unknown at 8:43 PM