Despite young men dying daily in Afghanistan and throughout the world defending our country, the media pays more attention to Justin Beiber cutting his hair..zzzzzzzzzzzzzzzzz 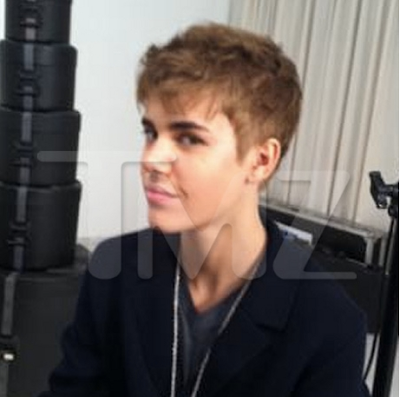 If Justin Bieber cutting off his hair meant the end was near, then the fact that those sheared-off locks just sold for $40,668 on EBay must mean the end is actually here.


That's a big chunk of change for some strands of celebrity hair. But hey, shipping was free.

Last week, the day after the "Never Say Never 3D" star trimmed his tresses, he put them in a signed box for Ellen DeGeneres to sell at auction, with the proceeds to be donated to the Gentle Barn, an animal rescue foundation operating out of Santa Clarita.

The lucky bidder also gets to meet the 17-year-old the next time he appears on DeGeneres' show.

No word on who won -- the winning bidder used a new EBay account identified only as "a***0" -- but watch out, Selena Gomez.
Posted by Unknown at 8:13 PM

i love jb's hair cut butt i don't under stand why he would cut away his beautiful hair! any way it looks great but the down side is he can't do the hair flip any more (flip)