Sadly, there was no shortage of contenders in 2010 for the "Top 10 Anti-Semitic Slurs" list we put out at the Simon Wiesenthal Center each year. Taken together, the comments suggest that a bold new kind of anti-Semitism is emerging around the world. 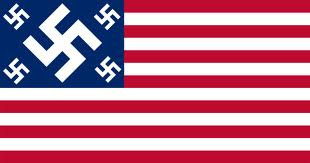 Our list of offenders includes a journalist, government leaders, a historian, a banker and even a prominent Hollywood director, all of them regurgitating the same worn-out themes that have led to hatred and bloodshed through the ages. Who were they? Let's consider a few.

The journalist: "Jews should get the hell out of Palestine. They should go home to Poland, Germany, America and everywhere else.... Congress, the White House, Hollywood and Wall Street are owned by Zionists." That was White House correspondent Helen Thomas speaking, a reporter who covered every U.S. president from JFK to Obama. And now she's advising Jews to return to countries that did everything in their power to wipe them out. She claimed the No. 1 spot on our 2010 list of infamy.


The government leader: "Jews had always been a problem in European countries. They had to be confined to ghettoes and periodically massacred.… Even after the massacre by the Nazis of Germany, they survived to continue to be a source of even greater problems for the world." Those are the words of former Malaysian Prime Minister Mahathir Mohamad speaking at a conference, but they could just as well have appeared in the infamous Nazi-era Der Sturmer newspaper, whose tagline read, "Die Juden Sind Unser Unglueck" ("The Jews Are Our Misfortune").

Another government leader: "The Jews have no historical or religious ties to the Temple Mount or the Western Wall. There is no archeological evidence that the Temple Mount was built during the period of King Solomon." That was the deputy minister of information for the Palestinian Authority, Mutawakil Taha. Contrast this to what the Supreme Muslim Council said about the very same site in its 1924-53 official guide to Jerusalem: "Its sanctity [Dome of the Rock] dates from the earliest times. Its identity with the site of Solomon's Temple is beyond dispute."

The economist: "All Jews have a certain gene … that distinguishes them from others." That remark, reminiscent of the master-race thinking of Nazi Germany, comes from Thilo Sarrazin, an economist who once sat on the board of Germany's central bank.

The historian: "The [Nuremberg Trial] was the biggest legal farce in history … the legend about 6 million supposedly murdered Jews acquired a legal basis, even though the court did not have a single document signed by A. Hitler concerning the extermination of Jews." Historian Petras Stankeras, who worked for Lithuania's Interior Ministry, wrote those words in a column for a popular Lithuanian newsmagazine. The article sparked enough outrage that he resigned from his position. But the idea that the Holocaust is still being denied by some European officials is terrifying.

The Hollywood director: Greater attention has been focused on the Holocaust than on Russian suffering during World War II because of "the Jewish domination of the media." That's according to none other than Oliver Stone. He later apologized, but it's hard to take back a statement that went on to say: "There's a major lobby in the United States. They are hard workers. They stay on top of every comment; the most powerful lobby in Washington." And according to Stone, "Israel has [fouled] up United States foreign policy for years." His actual statement substituted another word for "fouled," but it's not publishable in a family newspaper.

In compiling this year's list, I was reminded of an old Yiddish joke about a Jew in 1938 who insisted on reading Nazi newspapers. A friend scolded him: "Aren't you ashamed of yourself — why don't you read a Jewish paper?" The Jew replied: "When I do, I get depressed — they talk about poverty, death, schools without heat. But when I read the Nazi publications, I'm uplifted. They say we control everything, all the banks, all the world economies."

When anti-Semitism moves from the back alleys into the D.C. press corps and Hollywood, it's time for all of us to take note.
Posted by Unknown at 12:07 PM