MIGUEL CABRERA OF THE DETROIT TIGERS PROVES BASEBALL PLAYERS DONT HAVE TO BE IN SHAPE,,EXCEPT FOR DRINKING

LAKELAND, Florida (AP)—Detroit Tigers slugger Miguel Cabrera(notes) was arrested late Wednesday on suspicion of drunken driving in Florida, police said, the latest episode for the first baseman who has struggled with drinking-related problems. 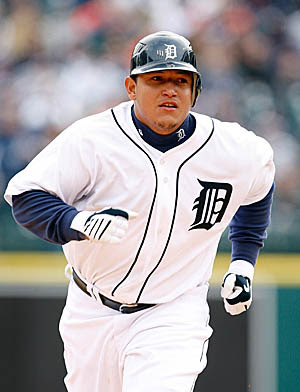 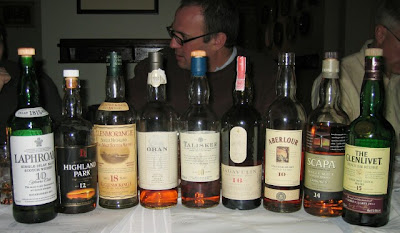 The 27-year-old Cabrera was spotted by a deputy in a car with a smoking engine alongside a road in Fort Pierce. Inside the vehicle, Cabrera smelled of alcohol, had slurred speech and took a swig from a bottle of scotch in front of a deputy, according to the St. Lucie County Sheriff’s Office. He refused to cooperate and more deputies were called to the scene.


AP - Feb 17, 9:24 am EST 1 of 3 MLB Gallery The arrest occurred about 110 miles (175 kilimeters) southeast of Lakeland, where the Tigers hold spring training. Pitchers and catchers began workouts earlier this week, but position players like Cabrera don’t start until Saturday.

“It’s hard,” said second baseman Carlos Guillen(notes), who is in camp recovering from an injury. “He’s a really good friend. I know he was working hard in the winter to have a good season this year.”

According to the police report, Cabrera was wandering into the road with his hands up before he was handcuffed. He kept saying, “Do you know who I am? You don’t know anything about my problems,” and cursed at deputies who tried to get him into a patrol car.

One deputy struck Cabrera in the left thigh several times with his knee after Cabrera pushed into him, causing the ballplayer to fall into the patrol car. Cabrera refused to take a breath test, deputies said.

He was arrested on charges of driving under the influence of alcohol and resisting an officer without violence. He posted $1,350 bond and was released from jail at 7:45 a.m. Thursday.

The news was slow to reach the Tigers’ spring training complex, but Guillen, who like Cabrera is from Venezuela, was shaken when he found out.

“I worry about him. He’s got a lot of talent,” Guillen said. “It’s tough for him, for us, for Venezuelans.”

Cabrera is coming off perhaps his best season. He hit .328 with 38 home runs and 126 RBIs in 2010 and finished second to Josh Hamilton(notes) in the American League MVP vote.

In 2009, police said the All-Star first baseman got into a fight with his wife after a night of drinking, right before his team surrendered the American League Central Division title to the Twins.

Dombrowski had to pick up Cabrera at the station after that incident. No charges were filed.

During spring training last year, Cabrera said he was done drinking alcohol after he spent much of the offseason in counseling.

“You guys write in the paper ‘alcoholic,’ that’s not right,” he said last March before a spring training workout. “I don’t know how to explain, but it’s not an alcohol problem.”

Cabrera has a home in Boca Raton, about 75 miles (120 kilometers) south of Fort Pierce. There was no phone listing for him.
Posted by Unknown at 9:26 AM