CITY OF BELL, CALIFORNIA OFFICIALS ARRESTED FOR MISAPPROPRIATION OF PUBLIC FUNDS AND CONFLICT OF INTEREST 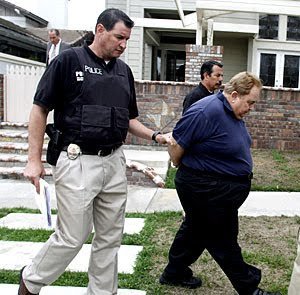 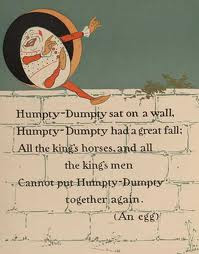 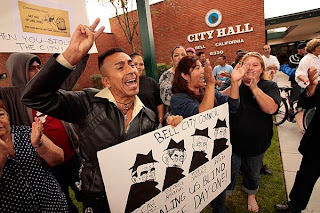 Former Bell City Manager Robert Rizzo, whose high salary sparked the outrage that led to the investigations of the city, is arrested by police at his Huntington Beach home. (Robert Lachman / Los Angeles Times)


The arrests of most of Bell's elected leaders Tuesday brought cheers and dancing in the streets in the small, working-class city, but added to the already deep uncertainty about its future.

Eight current and former Bell city leaders were arrested Tuesday on charges of misappropriating more than $5.5 million from the small, working-class community as prosecutors accused them of treating the city's coffers as their personal piggy bank.

The charges follow months of nationwide outrage and renewed debate over public employee compensation since The Times reported in July that the city's leaders were among the nation's highest paid municipal officials.

Among those charged was former City Manager Robert Rizzo, who led the way with an annual salary and benefits package of more than $1.5 million. Prosecutors accused him of illegally writing his own employment contracts and steering nearly $1.9 million in unauthorized city loans to himself and others.He was booked into Los Angeles County jail and was being held on $3.2-million bail.


"This, needless to say, is corruption on steroids," said Los Angeles County Dist. Atty. Steve Cooley in announcing the charges.

Cooley described Rizzo as the "unelected and unaccountable czar" of Bell, accusing him of going to elaborate lengths to keep his salary secret. Prosecutors alleged that Rizzo gave himself huge pay raises without the City Council's approval.

"This was calculated greed and theft accomplished by deceit and secrecy," Cooley said.

Rizzo's attorney, James W. Spertus, said the charges came as no surprise and were politically motivated by Cooley, who is running for California attorney general.

"The allegations are mistaken," Spertus said. "They are factually untrue in many readily provable ways."

Cooley denied that his campaign played any part in the decision to file charges.

At a news conference, Cooley accused City Council members of failing to oversee Rizzo's actions saying that they instead had collected more than $1.2 million in total pay since 2006 for presiding over city agency meetings that never occurred or lasted just a few minutes.

Many city residents greeted news of the charges with joy.

"Finally the crooks are going to suffer what the city suffered for many years," said Carmen Bella, a longtime Bell activist.

About two dozen Bell residents gathered outside City Hall to celebrate. One man used a bullhorn to broadcast the Queen rock song, "Another One Bites the Dust," while others laughed, cheered and applauded.

But at least one resident wondered what would happen to his embattled city.

"Who's going to call the shots?" asked Hassan Mourad, 32. "That's the most important thing right now."

The Los Angeles County Board of Supervisors voted Tuesday to urge state Atty. Gen. Jerry Brown to ask a judge to hand over day-to-day management of the city to a court-appointed official.

Last week, Brown filed a lawsuit against the city that accused Bell leaders of secretly plotting to enrich themselves and conceal their lucrative compensation. The suit seeks to remove three City Council members from office and force city officials to refund hundreds of thousands of dollars in back salaries.

The only person named in Brown's suit who was not arrested Tuesday was Bell's former police chief, Randy Adams. Asked why Adams' large salary did not lead to his arrest, Cooley said, "Being paid excessive salaries is not a crime … to illegally obtain those salaries is a crime."

Cooley said Tuesday morning's arrests were without incident, except that district attorney's investigators used a battering ram to enter Mayor Oscar Hernandez's home in Bell when he was slow to open the front door.

Investigators led a handcuffed Rizzo, 56, from his Huntington Beach home about 10:15 a.m. Wearing a dark blue polo shirt and black slacks, Rizzo declined to comment to a reporter about the charges.

Hernandez's attorney, Stanley L. Friedman, said his client is innocent. Attorneys for the others could not be reached for comment.

The defendants are expected to appear in court Wednesday to enter pleas. Cooley said prosecutors plan to ask a judge to ensure that the origin of any bail money does not come from illegal activity.

Interim Bell City Manager Pedro Carrillo released a statement Tuesday saying that the charges marked a sad day for the city and showed that Rizzo and Spaccia "were at the root of the cancer that has afflicted the City of Bell."

In a tearful interview the day before his arrest, Artiga said he accepted blame and put too much trust in Rizzo. Speaking at his office at Bell Community Church, where he is pastor, Artiga said he was delighted when he first learned how much his salary as a councilman was going to be.

"I thought God had answered my prayers, but it was a trap from the devil," he said.

According to the criminal complaint, a district attorney's investigator interviewed Bello, the former councilman, in March and learned that the city paid council members nearly $100,000 for the part-time jobs.

The district attorney's office submitted a request to Rizzo for documents showing pay for council members but received incomplete records, the criminal complaint said. Prosecutors said they used grand jury subpoenas to collect 60,000 pages of city records as part of their investigation.

Rizzo and other top city officials stepped down soon after The Times reported their salaries.

As city officials were reaping a financial bonanza, Bell property owners were paying one of the highest tax rates in the county, The Times found. A state audit concluded that the city illegally overcharged residents and businesses by $5.6 million in taxes and fees. And, The Times reported, Rizzo gave city loans to more than 50 city officials, including himself.

Rizzo also used nearly $95,000 in city funds to repay loans he took from his personal retirement account without authorization from the City Council, according to a draft report from the state controller.

Cooley compared the investigation to "peeling layers of an onion. Each time a piece is pulled away, another piece is uncovered."

Bell's woes became of symbol of government excess at a time of increasing unemployment, budget deficits and electoral disenchantment. Rizzo, who cut a larger-than-life figure outside Bell as well as inside, stood at the center of the scandal.

His lifestyle included owning a stable of thoroughbreds, among them a gelding named Depenserdel'argent — French for "spend money." In the face of public criticism, Rizzo remained defiant, defending his salary by citing his years as city manager since 1993.

Federal prosecutors are investigating whether the city violated the civil rights of its predominantly Latino immigrant population with selective enforcement of traffic laws and code violations.

"We have finished the first leg of what will likely be a marathon to try to restore the integrity of government in Bell," said Jennifer Lentz Snyder, assistant head deputy of the district attorney's Public Integrity Division.

and sure had a ball thinking things were swell

until greed did him in

but Humpty rizzo did take a fall

sadly has no concience at all

now Rizzo may go to jail

as the citizens of Bell all hail
Posted by Unknown at 6:50 AM