HOW HAVE LIFE EXPECTANIES CHANGED OVER TIME 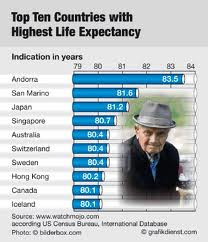 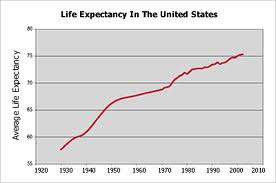 Life expectancy can be defined as the average amount of time a human being can expect to live. It is typically calculated in terms of years after birth, but it is sometimes calculated starting from other ages. Over the course of history, human life expectancy rates have increased overall. Many people believe this is due to changes in medical treatments and knowledge as well as advances in both nutrition and sanitation practices.

In the United States, the 1900s were marked by a rather low life expectancy. About half of all children born in 1900 were only expected to live to reach the age of 50. Today, life expectancy has changed dramatically, as the average person (of any sex) in the United States is expected to live to be about 77 years old. While life expectancy increases in the 20th century are often attributed to a combination of nutrition, changes in overall public health, and advances in medicine, one factor stands out among all the rest. In the 20th century, the rate of infant death in developed countries decreased dramatically, which is responsible, in large part, for changes in life expectancy.

There are some exceptions to the wealthy nation versus poorer nation rule. For example, Russia saw a decrease in life expectancy in 1999. Following the demise of the Soviet Union, life expectancy rates there dropped to 59.9 years for men and 72.43 years for women. In this nation, the lower life expectancy rate was not blamed on disease. Instead it may be due, in part, to increasing abuse of alcohol and drugs.


Today, obesity is a concern for many and may prove to lower the life expectancy rate over time. This is due to the fact that obesity may contribute to certain diseases that can be deadly. For example, being overweight contributes to certain cancers and heart disease. It also contributes to the development of diabetes. As such, some experts predict that life expectancy rates in developed, wealthier nations will lower as the population becomes more obese.
Posted by Unknown at 4:56 PM