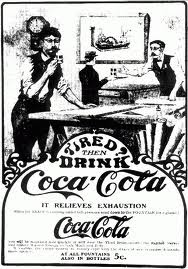 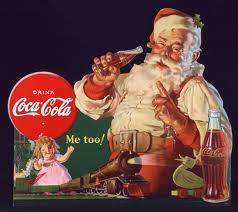 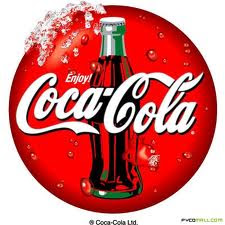 What the bleep do we know about this revolutionary beverage? Coca Cola has been invented by doctor/pharmacist John Pemerton in 1886. John believed that this drink was medicine and that since it was made from coca leaves it can relieve you from pain and exhaustion. This all makes sense since coca leaves contain cocaine (from 0.1% to 0.9% depending on altitude where grown). Today Coca Cola is produced without cocaine. Interestingly, Coca Cola Company still imports around 100 tons of coca leaves each year from Peru firm called National Coca Co. In order to import coca leaves into United States you need special license from the U.S. Drug Enforcement Administration.

It takes 2 liters of water to produce one liter of Coca Cola. Lack of the clean water in India made farmers protest in 2004 against the Coca Cola Company and their water consumption mostly in third world countries. Interesting Coca Cola fact is that few years earlier Coca Cola launched program called "Just Say No to H2O" which involves spreading the idea to drink Coca Cola instead of water. Main idea of the program was to serve Coca Cola for free in restaurants where customers ordered plain drinking water.

It is the urban myth that Coca Cola was originally green. Coca Cola has always been the same brownish color. As much as we hate Coca Cola we can't resist drinking it. Why? The truth is that we are addicted to the soft drinks containing caffeine and large quantities of sugar.

What are the Coca Cola ingredients? From the Coca Cola label: carbonated water, cane sugar, caramel color, food acid (phosphoric acid 338), "flavor" and caffeine. However, there is also a secret ingredient in Coca Cola called 'Merchandise 7X' and description of this ingredient is kept in a security vault in a bank in Atlanta, Georgia. Only few very high positioned officials know what is behind this secret ingredient. The questions arises what do we really drink?

What we know today is that Coca Cola is very acidic drink with a high quantity of sugar that masks the acid taste. The acid in Coca Cola is called phosphoric acid which is known to dissolve teeth, metal and it will eat away your liver. In reality Coca Cola won't kill you instantly. It will make your body prone to many other diseases like: osteoporosis (lack of calcium due high levels of phosphorous), cancer, mild depression, flu-like feelings, teeth problems, and fatigue.
Posted by Unknown at 8:17 AM