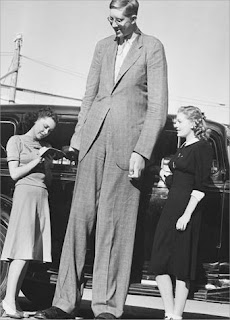 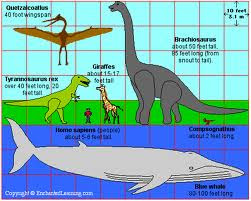 The largest animal that ever lived is also currently living -- the blue whale.
The world consumes 2 quarts (approx. 2 liters) of oil per person per day.
If Earth was the size of a basketball, the moon would be the size of a tennis ball and they'd be 25 feet apart.
For every 100 girls born in China, 119 boys are born.
Of all the people in history that have reached 65 years of age, half of them are living right now.
If Earth's life was compressed into one year, then humans would have been around for only 2 seconds.
The Middle East's population almost tripled over the last 30 years.

. The world's tallest man ever recorded in the history of mankind - Robert Wadlow, was born in Alton, Illinois, in 1918, and was 6 feet tall by the time he was even eight years old. He suffered from the disorder Gigantism that makes the lower portions of the body extremely large, while the head and torso remain at normal sizes. This is caused by a pituitary gland tumor that excretes large amounts of growth hormone, resulting in the disorder that is technically called as acromegalic gigantism. He reached a final height of 8 feet 11 inches at the age of twenty-one years, and finally died of an inflamed leg.
Posted by Unknown at 8:10 AM