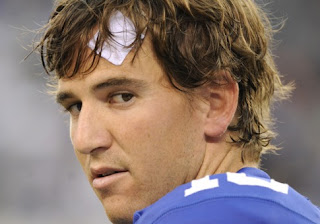 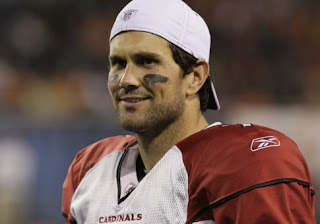 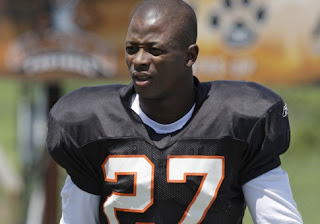 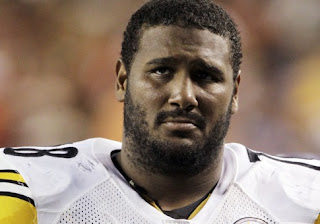 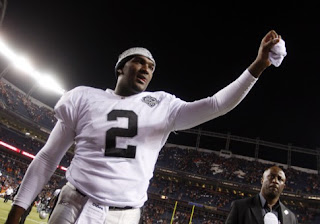 Not very long ago, Reggie Bush(notes) and Matt Leinart(notes) had the world at their feet. The dynamic duo led the University of Southern California to a national title in 2004, with quarterback Leinart winning the Heisman Trophy and Bush, the dynamic runner, placing fifth. Bush would take the Heisman the next year as the Trojans just missed repeating with a narrow loss to Texas in the BCS title game. Both went on to sign for millions as top-10 NFL draft picks.

These days it’s a different picture. Bush is looking at the possibility of having to give back his Heisman award, the result of investigations showing him to have taken improper gifts during his college days. The NCAA/BCS may also vacate USC’s 2004 championship. Leinart, a five-year flop in the NFL so far, is trying to resurrect his career as a backup with the Houston Texans, after the Arizona Cardinals finally cut him loose this summer. But at least there’s money to dull the pain – both Leinart and Bush make it onto Forbes’ latest list of the NFL’s most overpaid players.


Figuring football’s most overpaid players requires a mix of statistics, general observation and common sense. The pure stats vs. salary model doesn’t work as well as it does in sports like baseball, with its individual tilt and myriad numbers (a top defensive back, for example, may not have many interceptions because opposing teams avoid throwing to his side of the field). So we focused on players with outsized salaries who clearly haven’t turned in outsized performances. We assembled the league’s 200 highest salaries over the past three seasons (2007 to 2009) and, working highest to lowest, eliminated those players who have won multiple All-Pro honors while starting regularly, and/or turned in major stats that rank in the upper half of the NFL for their position (examples: passer ratings for quarterbacks, sacks for defensive linemen).

Leinart collected $17.6 million over the past three years while starting only six games, throwing for 11 touchdowns vs. 12 interceptions. Bush has fared better in New Orleans, but he hasn’t become the star the club expected when it drafted him No. 2 overall in 2006. Starting just 27 games over the past three years while rushing for no more than 531 yards in any season, Bush has settled into a role of useful situational player more than star – all while raking in $27.5 million over that period.

Russell, an NFL flop since Oakland drafted him No. 1 overall in 2007, went just 7-18 in part-time duty while cashing in $31 million worth of payroll checks. He was just cut loose by the Raiders this summer. The cases of Russell, Leinart and Bush aren’t uncommon, given the inexact science of the NFL draft.

“There are lots of reasons [for mistakes], like overvaluing combine performance, lack of proper coaching, or immaturity,” says former Green Bay Packers executive Andrew Brandt, who now runs the website NationalFootballPost.com. But don’t be too quick to blame the team: “With a case like Russell, if he were not taken in the top two picks it would not have been long before he was,” Brandt says.

Young veteran quarterbacks Manning and Cutler are middle-of-the pack field leaders with top-of-the pack contracts. Manning has taken home over $36 million since 2007, thanks to a lucrative extension the Giants awarded him a year after he led the club to an upset of the undefeated Patriots in Super Bowl XLII. Manning’s passer rating since then has averaged 17th in the 32-team NFL, and he’s made just one Pro Bowl. Cutler is a similar case: His passer rating is 16th-best in the league since 2007, just a hair above Manning. The high-risk, high-reward style he’s employed in Denver and Chicago has placed him among the league leaders in both touchdown passes and interceptions, all while collecting $36.8 million. Sometimes a good arm is just too good to pass up, cost be damned.